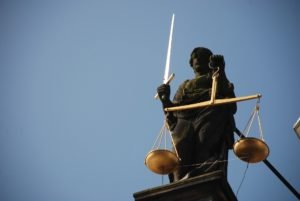 A recent award in a race discrimination and unfair dismissal case highlights the need for employers to be very aware when dealing with any cases that could involve an area of discrimination (protected characteristic) under the Equality Act 2010.

What are Protected Characteristics?

The legal test for discrimination is whether  A  is treated less favourablythan B  because of a protected characteristic.

Mr Hastings had been employed as an IT manager with Kings College Hospital NHS foundation Trust for 19 years. He had an altercation with a contractor and delivery van driver in the car park of the hospital. Mr Hastings, who is of British Caribbean descent, was subjected to racist abuse and had foul and offensive language directed at him when he attempted to make a note of the registration number of the van involved. He called the hospital security for help but non arrived.

Mr Hastings was suspended and eventually dismissed for Gross Misconduct. The investigation clearly failed to consider his side of the case, despite there being evidence to support him and in spite of his excellent service record of 19 years.

The employment tribunal found that the white contractors were viewed as the victims, whilst Mr Hastings was seen as the aggressor. This was based on preconceptions of him as a black male, even though the CCTV footage contradicted this version of events.

Mr Hastings lodged a grievance alleging racist behaviour towards him, but the employer ignored his side of the story in this and in the disciplinary proceedings.

The tribunal criticised the employer’s catalogue of failings which included missing opportunities to gather evidence which may have supported Mr Hastings version of events. They had not sought evidence that might exonerate their employee.

Following his dismissal for gross misconduct Mr Hastings was unable to restart his career despite attempts to do so. He had clearly attempted to reduce the financial damage he had suffered, more formally known as mitigation of loss.

What can you do to protect your business?

This case clearly underlines the importance of fair, impartial and non-biased investigations, grievance hearings and disciplinary procedures. Employers should remember that as well as the moral case for getting things right, anti-discrimination law also allows damages to be awarded for injury to feelings, and, there is no upper limit on awards.

It is important to remember that it is not just employees or workers who are protected by anti-discrimination law. People applying for jobs, contractors and others are also protected – you can be sued for discrimination without even inviting someone for interview.